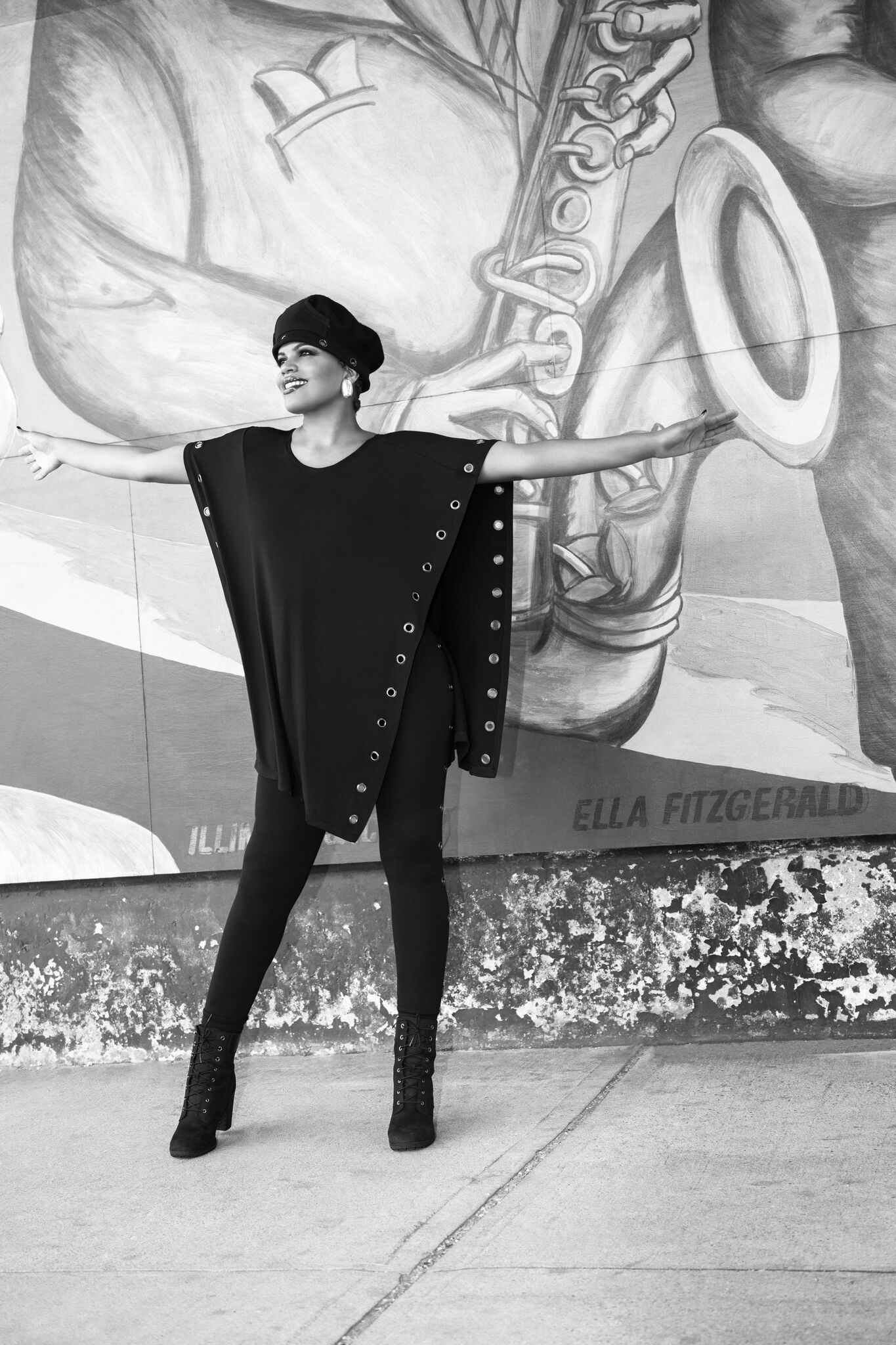 Sadia Hayden is originally a Michigan native. Costume design is Sadia’s first passion and moving to New York in 2008 was a dream come true. Relocating from Pontiac to New York four years after high school was one of the best moments of her life. This put her in route to pursuing her dreams in the fashion industry.

During the years of her childhood in Pontiac Michigan, she lost a lot of loved ones from gun violence and her goal was to reciprocate it in her work. Instead of sinking into her pain, she created "e=ny" This is a designer hand that will help bring awareness to stop senseless acts of gun violence by applying random grommets that are placed on the signature items that are representational to speak what has been going on senselessly for far too long.

It took Sadia seven years of dedication to get her designs off paper. Summer 2015 was that special year for her. She witnessed her designs come to life. Time sums up her duty as a creator! Eight years residing in New York City and she is finally ready to share her collection to the public. " e=ny" e defines for the number eight, the = sign signifies the link of eight years residing in New York and releasing her first collection.

An African American designer who has a signature touch of street, chic for the modern day people. "e=ny" state of mind embodies the energy to survive in NYC streets. A unisex collection that features t- shirts, sweatshirts and more. Wearing e=ny by Sadia Hayden does not only mean you support the movement, but that you believe that mixing fashion and a powerful message will help stop someone from making a terrible decision. The grommet benefits are to wear your grommet holes with pride. Giving grommet holes a new meaning, let's stop the bullets together!